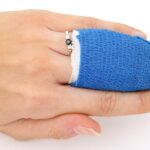 There are several possible reasons behind an unsuccessful worker’s comp claim but, more often than not, it comes down to a handful of common causes. Sometimes, fraudulent claims are understandably denied after investigation, but technicalities and poor legal representation play a far bigger role in worker’s comp denials. As we quickly go through the common causes, it should help us both understand and tackle them in the best way possible.

Cause Cited: Discrepancies and Contradictions

The collection, organization and presentation of paperwork to the insurance company must be completed with the professionalism that it deserves. In the absence of an experienced personal injury lawyer’s guidance, people are likely to make common mistakes which lead to inconsistencies and contradictions. Quality workers comp lawyers eliminate any chances of that happening to their clients, even if that client has been denied the claim on a previous occasion because of:

Insurance investigators will sometimes try to relate the received workplace injury to a preexisting medical condition which the worker already had prior to the accident. If they are able to do so in some way or the other, the worker’s rightful compensation may be denied by the insurer. It might be a false cause as:

If any illegal or non-prescribed, controlled drug is found in the worker’s system after the injury, their claim will be denied. However, in order for this denial to be valid, the substance found in an injured worker’s system must be:

Note that even if marijuana use is legal in the concerned state, or if it was only alcohol that was found in the bloodstream of the injured worker, their claim is likely to be denied. Legality of the substance itself is secondary because working under the influence of any mind-altering substance is, by itself, an illegal act in most cases.

As you should understand by now, some of the cited reasons have no legal basis. Insurance companies may often attempt to make their unfair decision seem perfectly legitimate if they become aware that the injured party does not have adequate legal presence to guide them. They are far less likely to deny legitimate claims if you do have a personal injury lawyer by your side though.