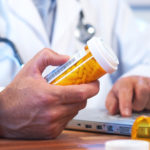 Nations actually differ in their medical malpractice laws, liability has a broad range of rules. When a healthcare professional fails to provide a degree of competent, fair and reasonable degree of medical skills when taking care of a patient, this would prove medical malpractice. Specialists always require a higher level of medical skills. Claims about informed consent have been flourishing because patients allege that the practitioner and their staff did not inform them about the risks that may have been involved before the medical treatment was given. A medical malpractice law columbia sc pro can explain these issues further and in much greater detail.

A decision handed down by the Supreme Court in the United Kingdom stated that even clerical staff had a duty of extended care to provide patients with knowledge and information about their medical procedures in 2018. The emergency room at Croydon Health Services NHS Trust had a patient with damage to their brain because they had been misinformed by the receptionist. The reception staff told the man that he would been seen in 4 to 5 hours by the physician but in reality he would have been seen by a triage nurse in 30 minutes and because she told him the wrong information, he received brain damage because he was not seen in a timely frame otherwise he would not have suffered from